What do traffic lights and gas masks have in common?

Not many folks have ever heard of Garrett Augustus Morgan even though most of us frequently usually use the latest version of one of his inventions many times a day. 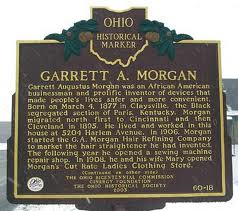 Garrett August Morgan, born March 24, 1877, the son of a slave invented and in 1923 patented the first intersection traffic signal that had the added feature that it could be manufactured cheaply. The Morgan traffic signal was a T-shaped pole unit that featured three positions: Stop, Go and an all-directional stop position. This “third position” halted traffic in all directions to allow pedestrians to cross streets more safely. His hand-cranked semaphore traffic management device was in use throughout North America until all manual traffic signals were replaced by the automatic red, yellow, and green-light traffic signals currently used around the world.

Morgan never went beyond elementary school. He did later hire a tutor to work with him on English grammar. This is most interesting because Cowboy Safety and other versions of 21st century safety depend heavily on the proper use of language.

Garrett Augustus Morgan photo On October 13, 1914 Morgan got a patent for his “safety helmet” as he called it. It was designed to filter out smoke and cool incoming air. The problem he addressed was that of firemen in Cleveland, where he lived at the time, being overcome by smoke. A test of his product came on July 24, 1916 when a tunnel explosion trapped 32 workers 200 feet underground. Rescuers went in and did not come out. Morgan and his brother went in and brought out many survivors.

Fire departments around the country purchased the device. Refined versions have had important roles in military combat. It was used by the U.S. Army in World War I to protect soldiers from chlorine gas fumes.

Morgan developed many other safety products. It was something that he felt compelled to do.

He was the founder of the Cleveland Call newspaper. 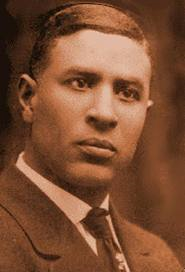