3 Simple Ways to Cut your Incident Rate in Half

Warning: These three things are so simple, I risk being scoffed at. However, workplace safety is impossible without them.

I’ve been working for a contractor on a fairly large oil sands producer’s construction project in Northern Alberta, and each week, every site HSE representative attends a large meeting. Various initiatives are discussed, and at the end of the meeting, each contractor who had an incident is expected to get up in front of the audience to share any incident related learning opportunities.

In about 8/10 of these workplace incidents, the injured person or parties involved are sent for post-incident Alcohol & Drug testing. In many cases, these workers were not under the influence.

It certainly seems that most workers who were involved in these incidents were stone cold sober, so what other physiological factors could be at play here? 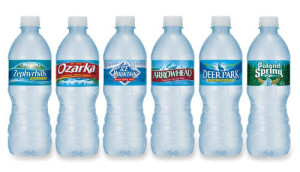 Good old fashioned H2o could be the secret weapon for improving workplace safety. Recent research from the UK makes a great case:

“A Loughborough University study has revealed that even mild dehydration is equivalent to being over the drink driving limit in terms of driver errors.

Researchers at Loughborough University carried out a range of tests over two days on male drivers, using a laboratory-based driving simulator.  During the normal test there were 47 driving incidents, but when the men were dehydrated that number more than doubled to 101 – a similar number to what might be expected of someone driving under the influence of drugs or alcohol.  These included lane drifting, late braking and touching or crossing the rumble strip or lane line.”

Did you read that? When drivers were dehydrated, their rate of error more than doubled. The secret could be in “pee avoidance”. Drivers will consciously limit their liquid intake to avoid washroom breaks. This makes sense, if one is trying to save time on a long journey. In the workplace, it may seem rational for workers to limit their liquid intake if a trip to the washroom involves climbing down several flights of scaffolding, getting out of a fall protection harness and walking a few hundred metres to a portable toilet.

However, It could be that the feeling of bladder fullness makes an individual more aware of their body, and hence more aware of what’s going on around them. 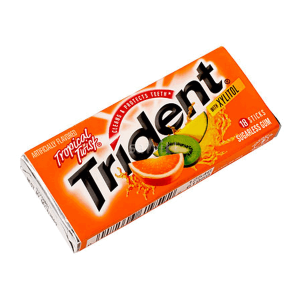 The research on chewing gum suggests that it can help increase a person’s alertness by stimulating blood flow to the brain. Also, the act of chewing tricks the brain into an expectancy mode, where it anticipates the reward of a meal. Not all the research is conclusive, but it is pointing this way: chewing gum makes you more alert and increases reaction time, which could help you avoid a near miss or incident. One study found the following:

RESULTS:
Chewing gum was associated with greater alertness and a more positive mood. Reaction times were quicker in the gum condition, and this effect became bigger as the task became more difficult. Chewing gum also improved selective and sustained attention. Heart rate and cortisol levels were higher when chewing which confirms the alerting effect of chewing gum.

Chewing gum moderates something called the “vigilance decrement“, which is a person’s ability to pay attention to their surroundings over time. One theory is that chewing gum increases blood flow to the brain, thereby boosting alertness. 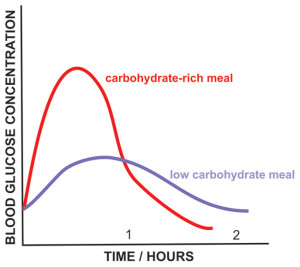 One presentation at the Banff Petroleum Safety Conference started me down a side trail related to the role of glucose and human error.

So, in addition to hydration, it makes sense to look at a person’s glucose levels. This is why it’s important to get a picture of what a person ate or drank prior to an incident.

Recently, researchers carried out a study on hydration and blood glucose at several ski resorts in BC, where they implemented an awareness campaign focused on nutrition, hydration and stretching. The confidence interval is a little wide, but it does suggest the campaign had a measurable impact.

“Given that blood glucose (BG) and hydration levels have been shown to affect vigilance, this study proposed to investigate these parameters and functional movement patterns of ski-resort workers and to determine whether an educational program to stabilize BG and hydration and encourage joint stability had an effect in decreasing occupational injuries.
…
Medical Aid and Lost Time claims declined significantly by % (confidence interval −90.0% %) in resorts that used the educational program whereas four control resorts not using the program experienced increases of % (confidence interval −19.7% %; F[2,12] = 21.35, ) over the same season. Conclusion. Provision of snowsport resort workers with educational programs encouraging hydration, diet to stabilize BG, and functional-movement awareness was effective in reducing worksite injuries in this population.

So what does this mean for the safety professional who is trying to reduce the rate of incidents in their workplace? Some lessons include:

1. Include Nutrition in your Root Cause Analysis. I used to think safety practitioners were crazy for asking people what they ate the day before an incident, but not any more. No amount of PPE, procedures or engineering will prevent human errors if a person is not well rested, well fed and adequately hydrated.

2. Promote Hydration at Work. Quite often, companies will bring in an outside consultant to implement a Behavioral Based Observation program, and they will spend dearly to implement and sustain it. Invariably, incident rates go down for a while. Part of this could be due to the placebo effect: the fact that the company leadership is promoting a program is what gets people engaged. The fact that leadership is doing their job and employees are part of something is what causes incident rates to drop. In order to rule out the placebo effect, a company should first implement a hydration campaign. Hydration would be especially important for office workers. Going for a washroom break every hour is a good micro-break from ergonomic stressors associated with sitting at a desk all day.

3. Pass the Chewing Gum. Xylitol, the active ingredient in Trident, supposedly helps prevent tooth decay. I’ve seen my share of co-workers suffer through a 20 day shift at a remote work site with a tooth decay issue. Tooth decay could be enough of a distraction to contribute to a workplace incident, especially if individuals self-manage using pain killers. In addition to reduced human suffering, the Return On Investment into xylitol chewing gum is likely high, assuming gum does increase vigilance and alertness. I’m surprised employers don’t subsidize chewing gum or give it away as part of a person’s regular PPE.

4. Re-think Post-Incident Drug & Alcohol Testing.
In Alberta, Employers are allowed to request a worker to submit to Drug & Alcohol testing after an incident where the individual’s acts or omissions directly contributed to the incident (which covers just about 95% of incidents). If post-incident testing also included blood glucose levels and level of dehydration, the story might get more interesting.